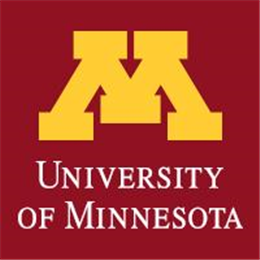 Due to the rapidly growing use of opioids and its analogs (and the increase of fatal drug overdoses), Narcan is rapidly becoming the new Kleenex. Vaccines offer a promising treatment alternative to counteract opioid use disorders (OUD) and fatal overdoses. Vaccines generate opioid-specific antibodies that bind the target opioid, reducing the drug's impact on the brain and preventing the drug-induced effects. Futura is developing vaccines, antibody-based strategies, and small molecules to counteract opioid use disorders and overdose. These approaches can improve the lives of people living with substance use disorders or who are at risk of fatal overdoses. The team is testing the first in-human vaccine against the euphoric and toxic effects of oxycodone and have initiated Phase I Clinical Trials. Futura and UMN is seeking a leader co-found the venture with Dr. Pravetoni.

Nearly 1.6 million Americans have Type 1 Diabetes (T1D), an autoimmune class of diabetes. Additionally, ~3.2 million Americans develop latent autoimmune diabetes of adults (LADA). For T1D or LADA patients, immunotherapy promises a path to reprogram the immune system such that it no longer attacks and destroys insulin-producing beta cells in the pancreas. SermAb Biologics is developing a monoclonal antibody therapy against serpinB13. SermAb Biologics focuses on the discovery that tissue regeneration is stimulated by blocking serpinB13 and restoring the activity of its protease target. The second advantage is that our antibody to serpinB13 suppresses inflammation, increases beta-cell proliferation, and delays the onset of diabetes. Thus, by using a single reagent that regulates the balance between serpin inhibitor and protease, we can simultaneously suppress the inflammatory response while promoting regenerative changes in the pancreas and other tissues expressing serpinB13.