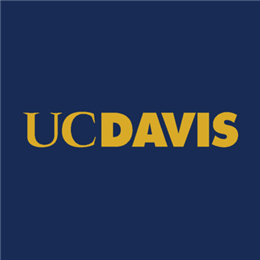 Seven Biosciences is a GPCR targeted drug discovery company which engineers and uses cutting-edge technology. Seven’s proprietary technology are fluorescent sensors based on any GPCR, which enables the functional visualization of the conformational change of the receptor in response to the binding of a given compound in real-time. The technology can be used for high throughput screening of compound libraries against GPCR targets, including orphan GPCRs, as well as for profiling the physiologically relevant effects of candidate molecules. Additionally, Seven’s GPCR sensors can be expressed in vivo –enabling the monitoring of compound effects at the site of action in awake behaving animals and in disease models undergoing treatment with unmatched spatial and real-time temporal resolution.

Theranostec have developed a novel, nanoparticle treatment platform allowing for targeted and effective chemotherapy, which can be enhanced with phototherapy, while also lowering toxicity.

AimRNA’s novel RNA bioengineering technology produces a wide variety of biologic RNA molecules through a large yield, cost effective bacterial fermentation process, among them a number of leads have been demonstrated efficacy and safety for the treatment of lung and liver cancer in animal models. We have been awarded with SBIR Phase I grant in 2018, and we are currently raising $500,000 to fund IND-enabling studies and $7 million for clinical investigations.

Sierra Biopharma is developing therapeutics that selectively neutralize, remove, and destroy immune components that lead to autoimmune diseases, starting with the orphan indication myasthenia gravis (MG). Sierra Biopharma has developed an antigen-specific therapeutic for MG that targets pathogenic antibodies (Abs) and the memory B-cells (mBCs) that lead to their production. This biologic compound currently binds to and neutralizes the main immunogenic region (MIR) in directed pathogenic Abs and should eliminate their mBCs.