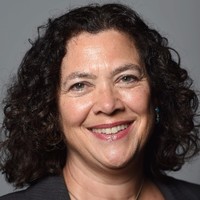 Executive Director for the Office of Technology Licensing, Stanford University

Karin Immergluck is the Executive Director of the Office of Technology Licensing (OTL) at Stanford University, where she leads a large, internationally renowned team of technology development, licensing and industry contracting professionals. She continues to be a regularly invited speaker at national and international conferences, and has served as an adviser to several government and academic institutions in Europe. Karin is leading several new initiatives within the OTL to increase faculty and investor engagement, and to ensure that the OTL continues to be an active facilitator and promoter of Stanford’s highly successful entrepreneurial ecosystem, which has led to the founding of over 40,000 companies. Prior to joining Stanford, Karin rose through the ranks of technology transfer at the University of California, initially for three years at the UC Office of the President, and then for 14 years at UCSF, where she eventually led the Office of Technology Management as Executive Director for five years. Under her leadership, UCSF became a pioneering national leader in digital health licensing and collaboration, faculty were more actively engaged resulting in a 25% increase in invention disclosures per $100M in research funding, and overall licensing productivity was increased by nearly 40%. She also taught several IP-related classes and workshops at UCSF. Karin received her M.S. equivalent in Biochemistry and her Ph.D. in Developmental Molecular Genetics from the University of Zurich in Switzerland. She conducted her doctoral research at UCSF under the dual tutelage of Nobel Laureate and former Chancellor Dr. J. Michael Bishop, and Professor and former President of the Federal Institute of Technology and former Professor of University of Zurich, Dr. Ernst Hafen.