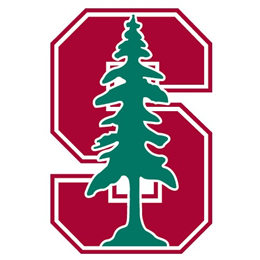 FatesEDS is developing a compact, sensitive X-ray differential phase contrast (DPC) imaging system that improves field of view, increases fringe visibility and shortens imaging times. This system surpasses the performance of 3-grating DPC systems used today with a single grating that is combined with a specialized X-ray source and detector. By eliminating the two expensive grating components, the overall size and potential cost of the system is reduced along with enabling a single-step image acquisition with a field-of-view of ~35 degrees and fringe contrast ~25%. FatesEDS is focused on developing a next-generation baggage inspection system to identify hazardous materials, with a potential medical imaging application. FatesEDS is seeking an experienced entrepreneur to help lead the commercialization of this system.

PETcoil enables healthcare providers to offer PET/MRI scans with better imaging quality for a fraction of the cost compared to existing solutions. Commercial integrated PET/MRI scanners cost ~$6M + ~$2M for required room renovations, an unaffordable cost for many institutions. PETcoil's patented portable PET insert can be placed into any existing MRI scanner, enabling it to perform simultaneous PET/MRI at 1/8th of the cost compared to integrated systems. A proof-of-concept radiofrequency (RF)-penetrable PET insert has been developed and successfully tested, supported by grants from the NIH, Stanford Bio-X & Biodesign programs, and the Coulter Foundation.

Stanford researchers have developed an architecture and control scheme for the coordination of distributed energy resources (DER), such as solar and storage, to minimize operation cost, enhance network reliability, and provide DER aggregation. The availability of electric load and generation data in electric grids varies both spatially and temporally due to: the random nature of loads and renewable generation; distributed locations of the loads and DER; and communication delays. Stanford researchers have found that control schemes that utilize local information (within the firmware of the storage unit, or in a home automation appliance) and delayed information to a global controller (e.g., collected from smart meter readings) perform near the ideal, but unimplementable, theoretical limit of performance.

DNA damage can be detrimental to cells as it can lead to mutagenesis, genotoxicity and tumorigenesis. One of the most frequent forms of DNA damage is 8-oxoguanine (8-OG), which is repaired by OGG1. Bioactive inhibitors of OGG1 and the GO pathway can be useful tools to investigate the connections of this enzyme activity to disease. Yoma Biosciences has developed potent, selective, small-molecule inhibitors of OGG1 and other enzyme targets in the GO pathway. These inhibitors provide useful tools to study the biological roles of OGG1 and also have therapeutic potential for cancer and inflammation. With multiple enzyme targets in the pathway (OGG-1, MTH1, MutYH, …) - currently un-drugged, Yoma has multiple chances for 1st in class candidate discovery.

Arterial disease is one of the most common causes of death and disability, afflicting more than 15 million Americans. Although therapeutic advances and surgical techniques have decreased mortality, many survivors eventually succumb to death due to ischemia, which is the death of tissue and cells due to the lack of oxygen. Photon Therapeutics uses photosynthetic therapy to reverse nutrient and oxygen imbalance in ischemic tissue, starting with ischemic wound care. Photon Tx consists of a very strong clinical and scientific advisory team with proof-of-concept data and is looking for a CEO/business advisor to develop a biological platform company.

Articulated Wearables to enhance human productivity. 3rd Arm is prototyping a wearable, articulated robotic device that can be attached to a person at the hip or other location to augment human task productivity. This mechanical "third arm" has many uses such as assisting abled users (e.g. holding additional tools to enhance work), helping disabled users (e.g. providing support and lifting objects), and as a haptic interface for interaction with robotics systems and AR/VR experiences. 3rd Arm is incorporating the latest robotic technology with a newly designed 4-state brake mechanism in joints for advanced operations.

With combined expertise in MEMS, microfluidics and surface chemistry, Mekonos has created a proprietary cell-engineering platform based on scalable silicon technology for their partners engaged in drug discovery and development. Mekonos aims to sidestep biological genetic engineering processes entirely by using silicon nano-needles to deliver therapeutic payloads directly into the cell in a purely physical, mechanical form factor - with the goals of greatly lowering the cost and time of development, avoiding manufacturing bottlenecks, and perhaps enabling personalized doses to be produced in a hospital setting.

Many of the tools needed to control sensors and devices remotely already exist: the Internet can send commands around the globe, with computers and smartphones issuing the commands. What is missing is a wireless controller cheap enough so that it can be installed anywhere. Milli-Radar is a scalable, radio frequency (RF) antenna architecture that employs low-loss interconnects to achieve large millimeter wave (MMW) arrays for communication and radar applications. While conventional interconnects for MMW arrays suffer from high transmission loss and limited bandwidth, Milli-Radar solves those problems by using low loss interconnects to attain efficient signal distribution. The Milli-Radar team is focused on building the entire perceptual stack for autonomous driving and is in search of a CEO with a background in the automotive industry.

This 3D printing technology (“Hybprinter”) can be used to form hybrid multi-material constructs incorporating a wide spectrum of materials (rigid and soft) and bioagents (such as cells and growth factors) with controlled spatial distribution in any XYZ coordinate across the hybrid structure. There are several technologies available to perform 3D bioprinting However, the main disadvantage is that only one type of material can be printed by many of these methods. However, due to its layer-by-layer manufacturing nature, Hybprinter enables the combination of cell-laden soft and hard biomaterials with a controlled spatial distribution for regenerative medicine applications.

CardinalSim utilizes information from CT scans to create a patient-specific virtual reconstruction of the surgical site for simulation.

Imposter theft is a $1 trillion global problem. Cybersecurity is especially important for banks and employers. Passwords and usernames are easily stolen, leaving biometrics as a secure alternative. However, biometric data is costly, risks privacy and can often be overridden by a password. UniKey Technology integrates biometrics and cryptosecurity to create secure, affordable biometric authentication which can be used across platforms.

Graft versus host disease (GVHD) is a severe immune response in patients after transplantation, such as bone marrow transplantation. GvHD is costly to treat and has a high mortality. The current strategy for preventing GvHD include general immuno-suppresent drugs, with limited efficacy and side effects. Therefore, a more targeted approach is needed to prevent GvHD. This technology is a monoclonal antibody which targets cell surface markers on intestinal crypts, which is the primary site of immune attack in GVHD.